NEW YORK, NY, September 24, 2014—Horizon Media, the largest and fastest growing privately-owned media services agency in the world, announced today that Swedish-born, subscription-based magazine service, Readly, has named Horizon’s New York headquarters as its agency of record. The agency has been awarded creative, communications planning, and activation duties for the brand with a focus on digital. Horizon Media will launch a national campaign for the brand this month to introduce Readly in the United States.

Dubbed the new way to read magazines, Readly is a subscription based magazine app providing access to hundreds of magazines - including global editions and back issues – for up to five users for $9.99 a month. Currently, Readly is the worldwide leader in unlimited magazine subscription services and provides access to 558 global magazine titles, including access to over 6,900 issues total, with one single subscription. App download allows consumers to read publications across an array of categories and interests, as reflected by titles like InStyle, ESPN, Popular Science, Fast Company, Homes & Gardens, and Women’s Health.

"Readly is loosely called the Spotify for magazines by those in the tech scene,” said Eva Kantrowitz, EVP, Managing Partner at Horizon Media. “The all-you-can-eat model has been implemented for other industries, greatly transforming the way people consume. Readly is now applying this successful approach to magazines, while providing publishers with a new revenue stream. We’re excited to work with an international and incredibly entrepreneurial brand that has a better solution for magazine readers.”

The launch campaign is digital-specific, focused on mobile, search, and social outreach to drive advocacy, awareness, and adoption. Treehouse, Horizon’s creative practice, has created multiple creative executions for the various magazine categories available on Readly. Components of the campaign will be executed programmatically via Horizon’s hx trading platform.

“We’re thrilled to have found a passionate and forward-looking media partner as we fully launch in the U.S. this month,” said Readly CEO, Per Hellberg. “We have had incredible success rolling out the service in Sweden and the U.K. and we’re excited for consumers in the U.S. to learn about the company, powered by Horizon Media’s insights and creativity.”

About Readly U.S.
Readly (www.readly.com) is the new way of reading magazines on tablets and smart phones. With over 500 publications available in 49 countries, it’s the worldwide leader in unlimited digital magazine services, offering more titles than any other service of its kind. The Readly app offers digital readers immediate access to unlimited magazines, allowing them an easy and simple way to read what they want, when they want for one low monthly cost.

About the Readly app
Once installed (on to up to five devices per subscriber), the app provides access to as many issues, both current and back issues, as readers want to access on  their devices for just $9.99 per month. Readers can also choose to download issues for offline reading.  The digital magazines are created  from publisher PDF  files and are automatically processed  into an advanced  format which provides ultra-fast downloading, simple and consistent navigation across all the magazines, together with advanced zoom, bookmark, search and sharing functions.  The app can be used on a range of devices and operating systems including iOS, Android, Windows 8 and Kindle Fire. Subscribers can start reading any title within seconds  or download an entire issue in about 30 seconds on a fast internet connection (full downloads can take up to  2 minutes using 3G). Users’ behaviors are tracked in order to allocate and distribute revenues to each publisher based on the number of pages read and the time spent on each page.  This data also provides publishers with deep insights into how their content is being consumed.

About Horizon Media
Horizon Media, Inc. is the largest and fastest growing privately held media services agency in the world. The company was founded in 1989, is headquartered in New York and has offices in Los Angeles, San Diego, and Chicago. Horizon Media was chosen as 2011 Independent Media Agency of the Year by Mediapost, 2010 U.S. Media Agency of the Year by Adweek, Brandweek, and Mediaweek as well as by Ad Age and as one of the world’s ten most innovative marketing and advertising companies by Fast Company in 2011.  In 2012, Bill Koenigsberg, President, CEO and Founder, was honored by Advertising Age as Industry Executive of the Year.  Most recently, in 2014, Bill Koenigsberg was named 4As Chair of the Board and is the first person from a media agency to hold this prestigious position in the 100 year history of the 4As, the marketing industry’s leading trade association.

The company’s mission is “To create the most meaningful brand connections within the lives of people everywhere.”  By delivering on this mission through a holistic approach to brand marketing, Horizon Media has become one of the largest and fastest-growing media agencies in the industry, with estimated billings of over $4.3 billion and 950 employees.

Prior to publication, it must be approved by Readly. 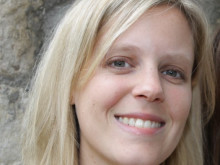 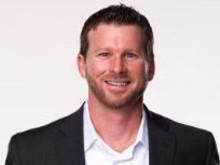